An exclusive tour through the Jewish Ghetto, including the main attractions of Rome

Guided Tours in the Historic Center of Rome

The ghetto of Rome, known as the Jewish quarter of Rome, is one of the oldest in the world, and today it is one of the areas of the city most loved by residents and tourists.
Born in 1555, when Pope Paul IV issued a bubble to revoke the rights of Jews by forcing them to reside there, it therefore arose as a place of segregation, to evolve up to the present day in one of the most culturally lively areas of the city.
It rises in the picturesque district of Sant’Angelo, on the left bank of the Tiber, and develops between narrow streets that offer suggestive views of squares, remains of ancient, medieval and Renaissance Rome. Among the most suggestive streets are Via della Reginella, Via di Sant Ambrogio, Via del Tempio. Don’t miss the Church of Sant’Angelo in Pescheria, built inside the ancient fish market on the remains of Via del Portico d’Ottavia, the Church of San Gregorio in Divina Pietà, the Ponte dei Quattro Capi that connects the ghetto on the Tiber Island, the Church of Santa Maria in Campitelli and the Fontana delle Tartarughe.
Symbols of the neighborhood are the Portico D’Ottavia, of which some remains of the main entrance remain and the Synagogue, the Major Temple, in liberty style and inspired by Babylonian art and famous for being one of the largest temples in Europe. Inside there is the Jewish Museum of Rome, a true cultural institution not to be missed, opened in 1960 to preserve the testimonies of the Jewish community of Rome, now two thousand years old!
The ghetto of Rome is also famous for the culinary proposals of the Jewish Roman Kosher cuisine and traditions from other parts of the world, such as the Middle East.
The neighborhood therefore offers a rich and fascinating historical, architectural and food and wine experience.

If you should require any further information , please do not hesitate to contact us:  info@jewishroma.com and +39 328 8638128 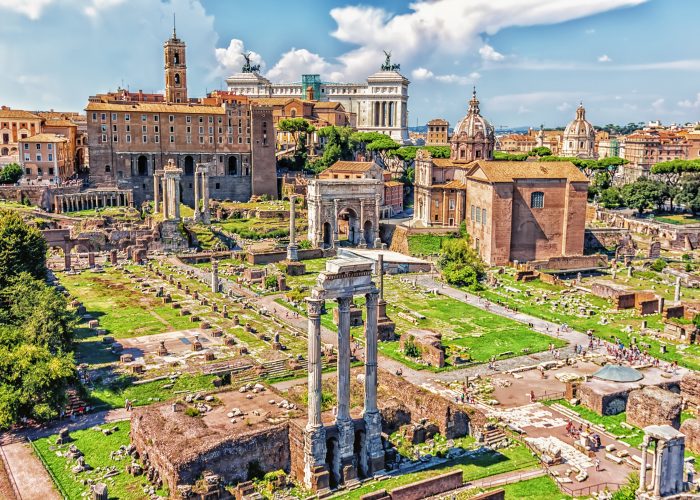 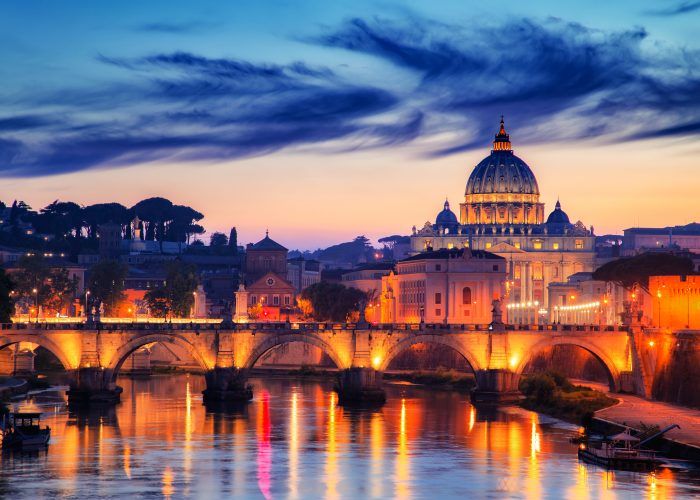 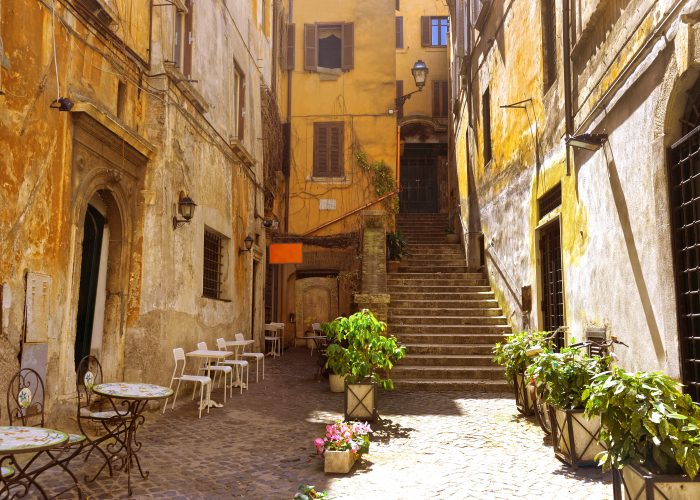 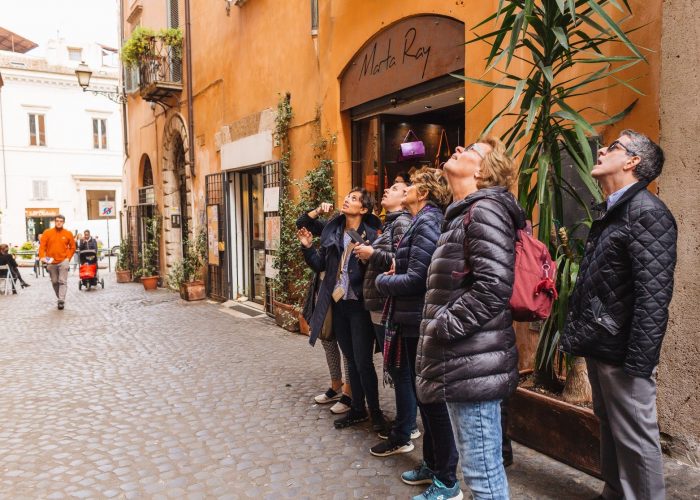 Reviews of our customers

Renato is an excellent waiter. Caring for all our needs and funny too.
Food is very tasty and I strongly suggest to you all!

We spent two weeks in Italy and ate at countless kosher restaurants- this one was our favorite by far. Amazing service and incredible food!

I would highly recommend this restaurant. There is great food and great service. We ordered a variety of foods and everything was great!

Great food. Excellent service. We did the cooking class as a family with Octavius. Super nice guy. Tons of time and attention. We are novice chefs and we picked up good tips/recipes. The food is delicious. Definitely worth the stop for the restaurant or the class.

We ate 2 times at SuGhetto during November 2019 and enjoyed it very much.
The food and the atmosphere were absolutely great and the service was superb.
Best Kosher restaurant in Rome!

Highly recommend taking a cooking class at Su Ghetto! One of the highlights of our trip!!! We made 4 courses and lost count of how many courses we ate during the evening. While the gnocchi was rising, we went for an evening stroll around Rome. Such a unique experience!!

The welcome was warm and the food delicious. Between us we had the artichoke, falafels, pasta and couscous, all of which were fresh and tasty. Menu was for 2 courses plus bread, coffee and a drink. We paid extra for the sour cherry tart which was delicious. We weren’t expecting a lot but this was probably the best meal we had in Rome.

We we’re at Rome for 5 days and we were eating only at Ba ghetto! We felt in home, very comfortable. Food was great, we’ve always got some extra dishes Highly recommended!

Nir B.
Great food and service

Delicious food (try the fried artichoke with some hummus!) and great, friendly service from the staff.

We visited Ba Ghetto Milky 5 years ago and loved it so much that it was a must-return for us when we came back to Rome. It did not disappoint. The fried artichokes and the raw artichoke salad were absolutely delicious. And the cacio e pepe was the best we had in Rome.

Great food, really unique things that I have never seen before. Portions were very big – order less than you normally would.

The waiters were so friendly and the food was great. We had the caprese salad, Jewish artichoke, salmon carbonara, the truffle ravioli, and the tiramisu, all delicious. I highly recommend coming here for dinner.

The portions were enormous and beautifully cooked with a great choice of dishes.
If you are looking for a milky meal this is the place to go!

Outstanding food and service ! A great night with Family. The staff was friendly and attentive and the atmosphere was great in this area of Rome, the Jewish Ghetto

This restaurant is a Jewish cuisine restaurant in the Jewish ghetto. One can only eat so much pasta so when we visited we tried the chicken skewer. Excellent flavor. Very good service as well.

The food here was absolutely INCREDIBLE!!! They had such a variety of dishes, and during our visit we were able to try many of them. You can’t go wrong with any of them! The pasta is all amazing. The meat lasagna was incredible. Their lamb dishes were remarkable, and service here is really top notch!

Thank you for providing us with such a wonderful experience!

I loved this place. 7 of us in party and we could all hear each other speak! Service smooth solicitous and informative. Loved the bread in the bag and the mixed starters. Superb schnitzel as well!
Israeli wine quite pricey but very good
Really impressed. In the ghetto area so atmospheric too!